Car Insurance: Are you covered?

The number of cars on New Zealand roads is increasing. And while new vehicles are safer it means there is a greater chance of being involved in an accident, especially on the congested roads of Auckland.

And if you do live in Auckland, chances are you pay more insurance due to increased risk factors and the greater number of higher specification cars says Canstar New Zealand.

It is even more important therefore to ensure you have adequate insurance for your vehicle. It often takes an accident for people to think about whether they have the right insurance for their car Ã¢â‚¬â€œ when it's too late.

It might be tempting to skimp on car insurance, but if you do have an accident, you could be left with a lot of expense on top of the inconvenience.

If youÃ¢â‚¬â„¢re in an accident and it was your fault, youÃ¢â‚¬â„¢re responsible for all damages caused and associated cost. This could be very expensive especially if the other vehicle is a new, expensive model. AA Insurance tells of one uninsured driver who hit a house and is now paying off a debt of $75,000.

Ministry of Transport survey estimated around 7.6 per cent of drivers are uninsured. Insurers, in contrast, believe the figure to be around 20 per cent.

If the crash was your fault, your insurance will only pay for the damage on the other vehicle. If the crash wasnÃ¢â‚¬â„¢t your fault, itÃ¢â‚¬â„¢s likely youÃ¢â‚¬â„¢ll get nothing, unless you can get the driver who caused the crash to admit they were at fault (and assuming they have at least third party insurance).

Third party fire and theft covers you if your vehicle is stolen or damaged by fire.

According to one Massey University lecturer the car insurance industry will cease to exist by 2030.

Once networked, autonomous cars are widely available, it's been predicted that car crashes will reduce by 80 to 90 per cent. Car theft will largely become a thing of the past as voice and face recognition technology makes them nearly impossible to steal.

"The result is car insurance premiums will fall drastically, probably by as much as 90 per cent by 2030."

Until that time, having insurance will save you from a potentially hefty debt.

Read your policy document carefully, make sure you are eligible for any discounts such as no-claims bonus's, higher excess or age related discounts.

Some companies offer package deals if you have all your insurance with them, and you might also get a discount for keeping your car in a locked garage, for having a professionally installed alarm or engine immobiliser. 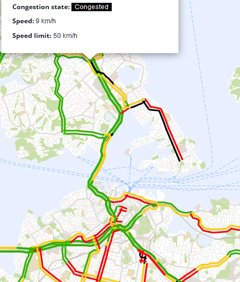 View a map of Auckland's traffic congestion before you head out!

Our courtesy vehicles are FREE.

We have cars, people movers and vans for you tradies!

After 32 years, we're really good at what we do. Your car will be as good as new.

Casey Panelbeaters are approved repairers for:

(Repairs can be undertaken for all insurance companies)

We service all of the North Shore including Milford, Northcote, Takapuna, Browns Bay and Albany